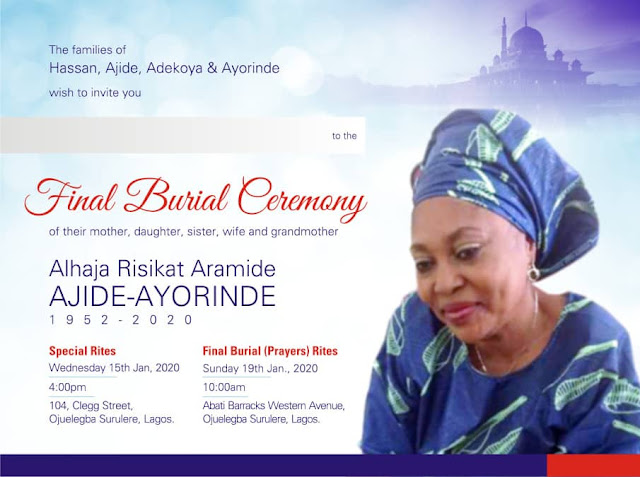 
Late Alhaja Risikat, in her life time was a philantrophist who had affected many lives in a positive way. She was born in 1952; about 68 years ago, before she died a few days back in her home in Lagos.

On Wednesday, 15th January 2020, a special rite was carried out on to seand her to her finally home (heaven), and this took place at 104, Clegg Street, Ojuelegba Surulere, Lagos, where family, friends, children, grandchildren paid their last respect. 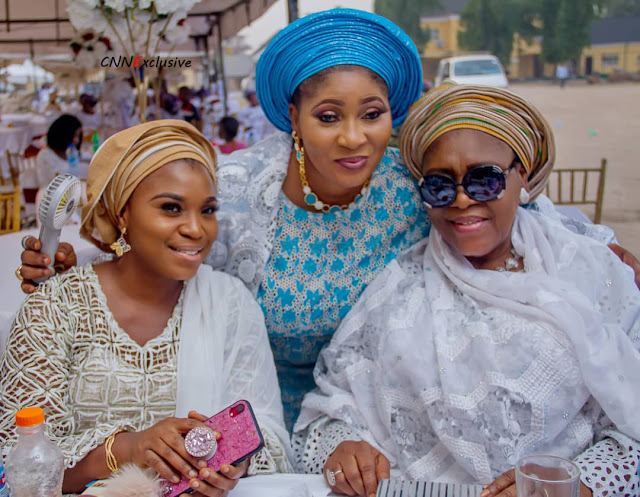 Mrs. Ronke Rasidat Ajide is the daughter (eldest daughter) of late Alhaja Risikat Aramide. Mrs. Rasidat is a Lawyer who has paid her dues in the legal profession. She was the Chief Host of the event (final burial ceremony). She was at the event on time and she was also part of the organising committee and this was evident on outcome of the event. 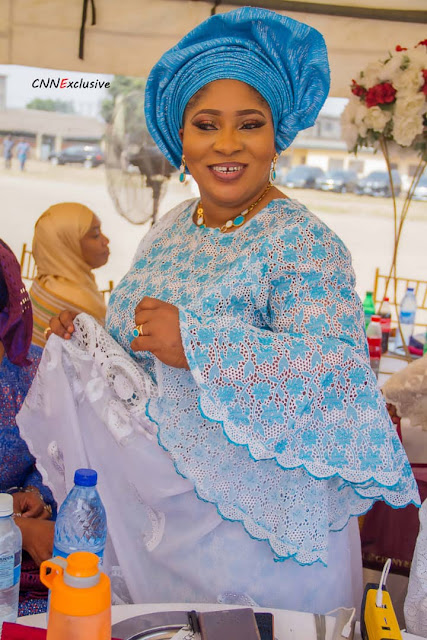 The beautiful lady dressed in white lace attire in the morning of the event, later changed her outfit into a more glamorous attire when the event finally took off. She was the centre focus at the event, as she ensured guests, friends and other well-wishers who came from far and beyond were adequately cater for.


The final burial which was slated for 10am started a bit late as guests trooped in to commiserate with her.

Sheikh Abdul Hammed Atata, admonished everyone present to be of good behaviours. He said “we didn’t know how late Alhaja Risikat spent her early life, but we know how she spent her last days, which was well spent”. He also said the final burial ceremony of the deceased shouldn’t be the day to rejoice, but mourn her. 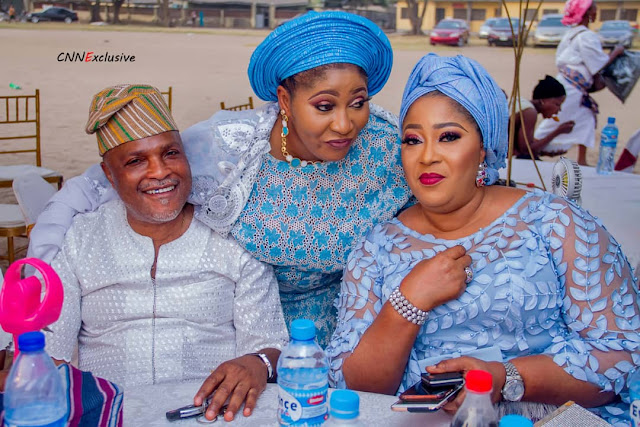 The deceased, according to the Sheikh was a devouted Muslim who had helped many people in her life time. She had helped many Imam, Alfas into Holyland. But despite all her effort, she died.

Her daughter, Rasidat did all she could to safe the life of her mother, she couldn’t. Even me, I did all within my power. “God gave me power, but I don’t have power to stop death”.

The other children of late Alhaja Risikat, who were present at the event include: Mr. Fatai, Mr. Ahmed, Mr. Yusuf, Mr. Ismail, Mr. Lukman and Mrs. Nofisat. They were all together as they witnessed the final burial ceremony of the mother.


Popular Fuji star, Muri Thunder, whose real name is Murilata Ademola Salaudeen was present. He didn’t just come, he ensured adequate thing was done, as he honoured the Imams who announced his arrival. He also paid his ‘homage’ to the late Risikat children. 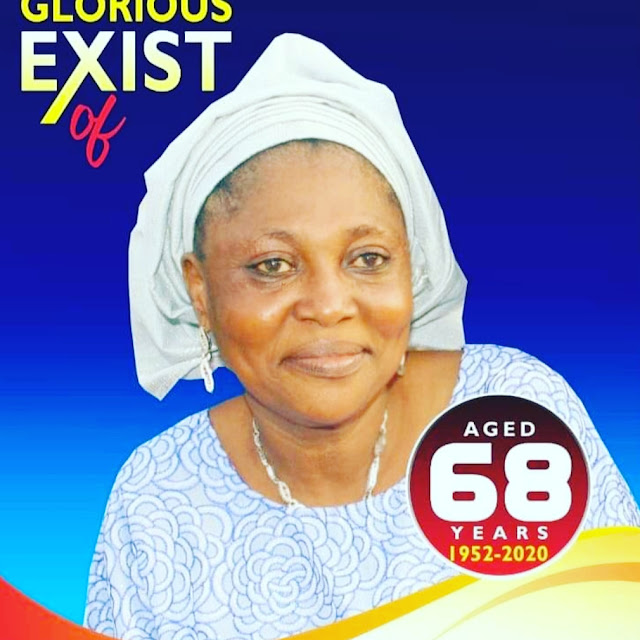