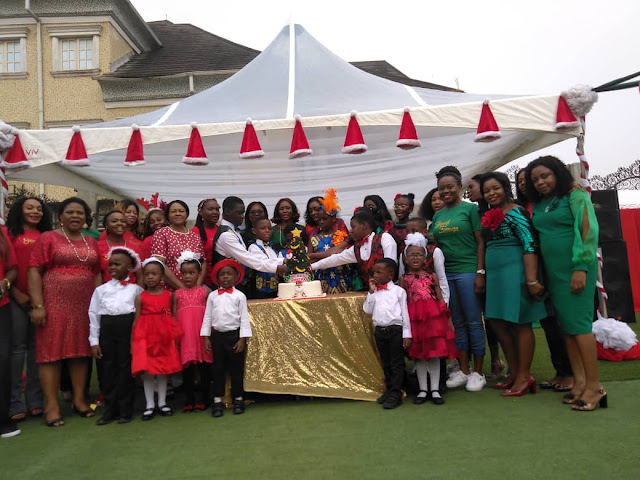 All roads led to Chrisland Schools FESTAC Axis on Friday, the 13th of  December,2019 as a classy Christmas Concert was held. The Theme was, 'All Hail the king'.

The concert which kicked off around noon was quite colourful as many in attendance turned out in Christmas colours . Notably the Parents' Choir     in their red top and blue Jeans.

The MC opened the event by inviting a Parent from the audience to give the opening prayer, this was followed by the National and  School Anthems.  Mrs .P.I.Enemuo, the Principal of CHRISLAND SCHOOLS FESTAC AXIS then delivered her Welcome Address.

The MC introduced  the Chairperson of the day , Dr. M.O Ani who gave a short address, that included  appreciation  and prayers  for the school,there were Scriptural readings and popular  Carols .Carols in Nigerian major languages were also well received by  the audience.

There were Dances including Ballet, Orchestra and so on.   Chrisland Schools' Managing Director, Mrs Ibironke Adeyemi   in her remarks thanked everyone that made the event a success and praised the performances staged. She appreciated the the Principal Mrs.P.I.Enemuo and the Headteacher ,Mrs Adegbamigbe, as well as the Supervisor and members  of CHRISLAND SCHOOLS who have been  with her as she  attends CHRISLAND SCHOOL  parties  all over Lagos. She prayed for the School and wished all Merry Christmas and a happy new year in advance.


There was the  cutting of cake and a photo  session.

Mrs Adegbamigbe gave the vote of thanks and the closing prayer.

In a brief chat  with Citypeople, CHRISLAND SCHOOLS Festac Axis' ,Mrs Adegbamigbe, wished  all the wonderful Parents who have been supportive a Merry Christmas and Happy New Year in advance and she appreciated them for making CHRISLAND SCHOOLS their  number  one  choice and  further assured all that the School will not disappoint them..She reiterated  that CHRISLAND SCHOOLS are unique  and easily rivals top international Schools  because top standard is always  a  priority for them. 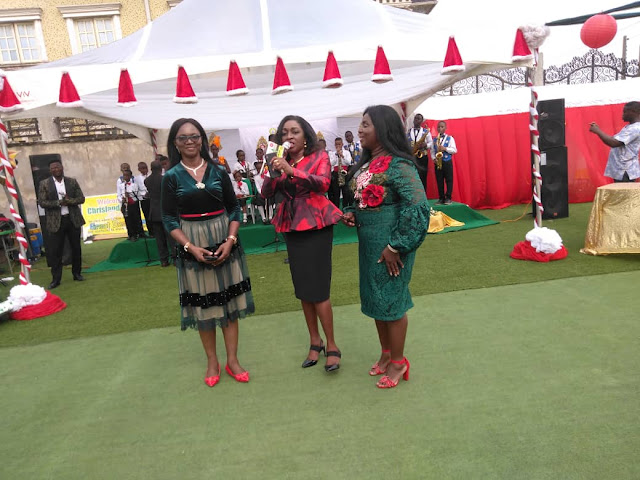 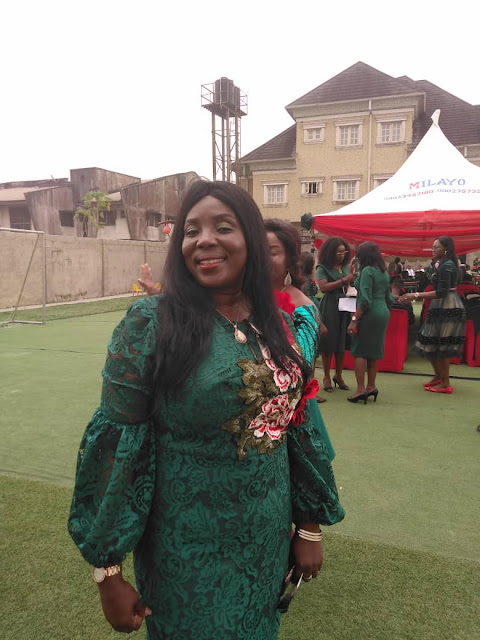 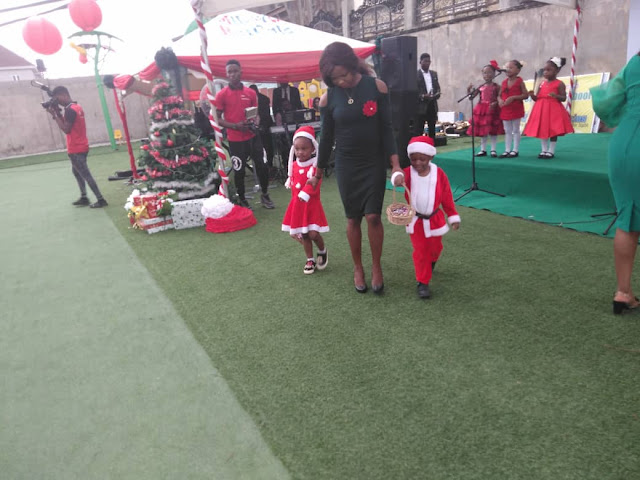 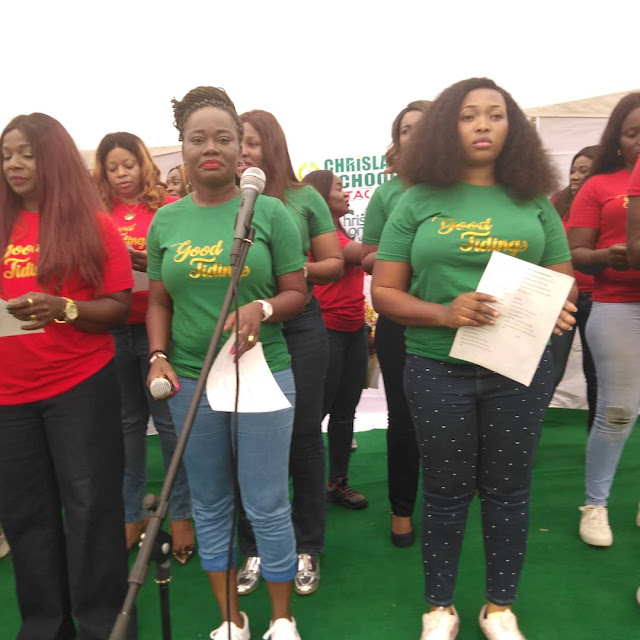 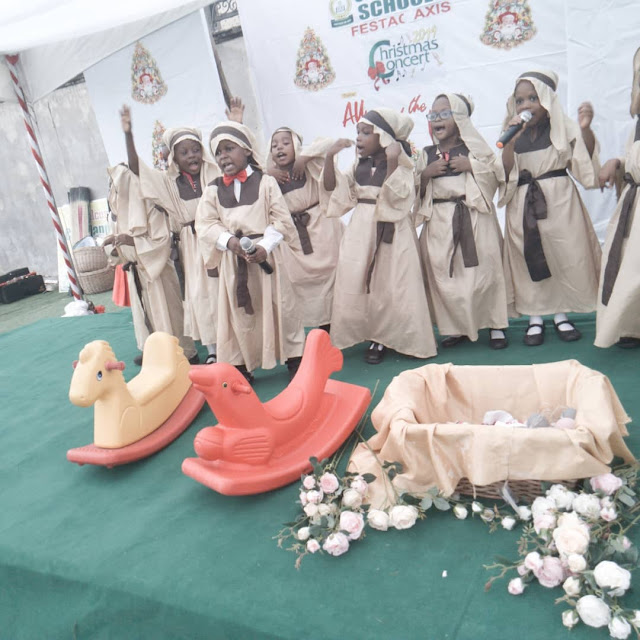 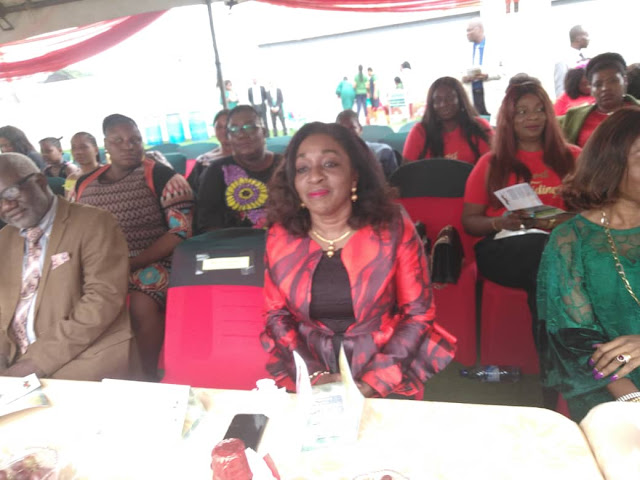 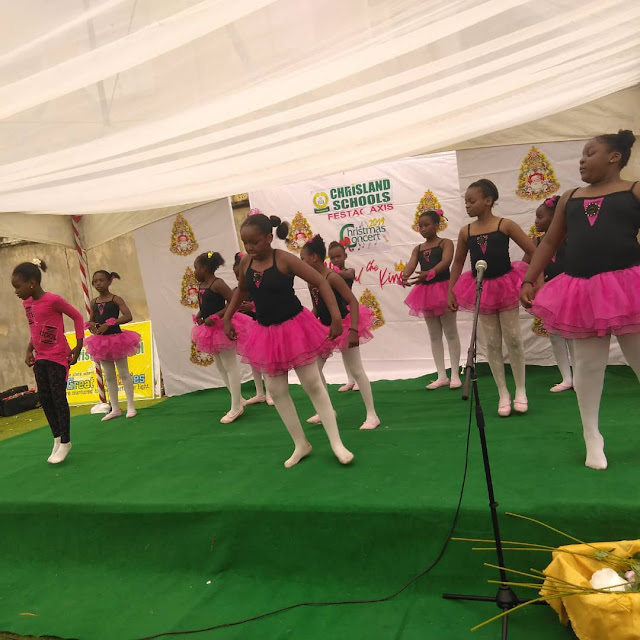