HOW MOJISOLA TENIOLA STOLE THE SHOW AT HER HUSBAND’S BIRTHDAY 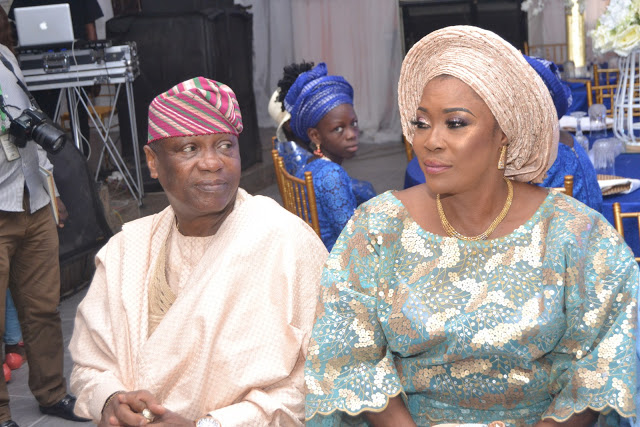 Chief Eric Teniola celebrated his birthday recently but the spotlight was on his wife, Chief (Mrs.) Mojisola Teniola nee Ogundeji. The mother of four—Seun, Lamide, Jokotola,Pelumi stole the show for all eyes was fixed on her.

She entertained the numerous guests at the Regency Hall, Jobi Fele Street in Alausa, Ikeja. Stylish and resplendent, she was born into the world of fashion for her Father, Kabiyesi Ogundeji, Baale of Maryland and her mother Alhaja Kudirat Olokun alias Alhaja Cotton from Makun in Shagamu, Ogun state were both stylish too. 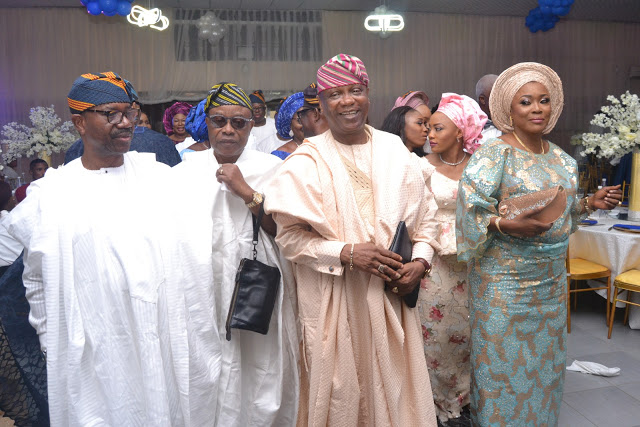 Alhaja Cotton was a prominent fabric merchant in Shagamu and Lagos before she died. No wonder her daughter, Chief (Mrs.) Teniola followed her footsteps.

To date she has three titles, she is the Yeye Akogun of Idanre land in Ondo state. The title was bestowed on her by the Owa of Idanre land, Oba Frederick Adegunle Aroloye. She is also the Yeye Mayeigun of Egbe Gbobaniyi Akile Ijebu in Ijebu-Ode and also Yeye Akinpote of Akinale in Abeokuta local Government.

She is an ex student of Remo Secondary School in Shagamu and a merchant in Lagos Island. 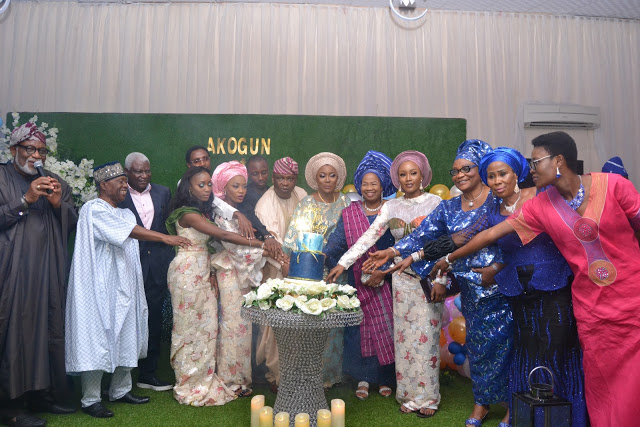 Chief (Mrs.) Teniola was busy serving guests throughout the duration of the party. She brought her best friends from childhood to the party. Among her best friends were Mrs Eniola Eyesan, Ronke Oyeti, Dupe Pintan, Mrs Osunde, Mrs. Abimbola Olatunji and her senior sister, Mrs Toyin Okulate, wife of Brigadier Okulate.

So loved in the Teniola family in Idanre that they crowned her as their queen.
Chief (Mrs.) Teniola, who is a member of the Christ Church Cathedral, Marina, Lagos is humble and pretty. 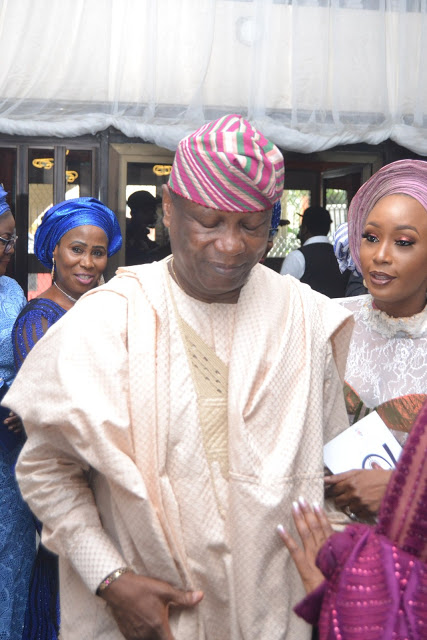 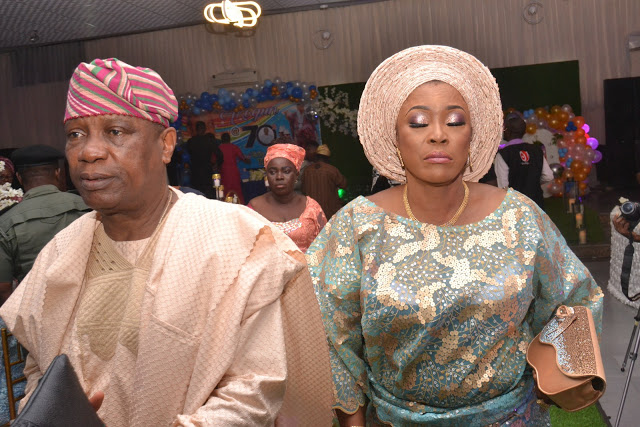 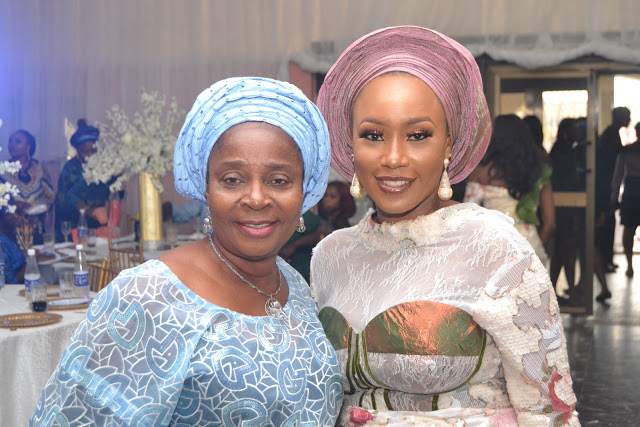 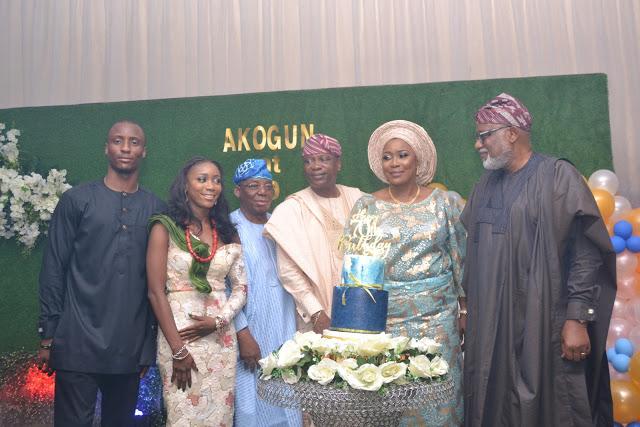 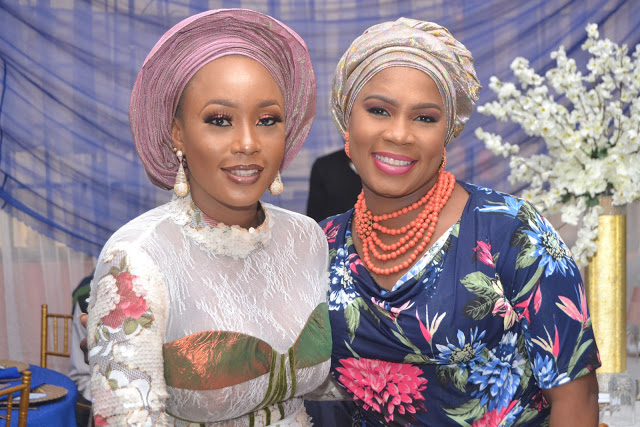 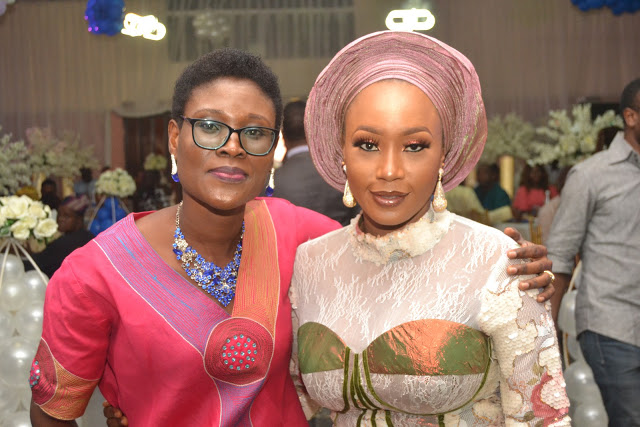 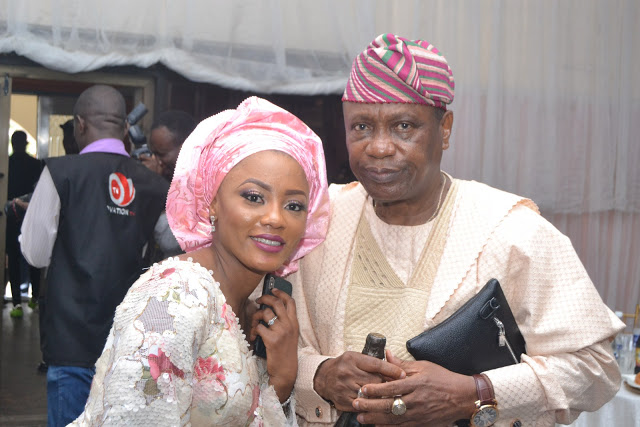