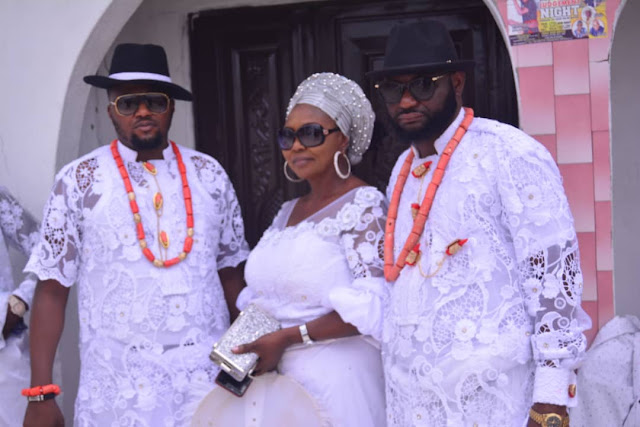 The lively town of Agbarho in Delta state was held to a standstill last Saturday, April 6, 2019, when Dubai based big boy, Andrew Okaka popularly known as Ese, had a superlative burial ceremony for her departed mother, Mrs. Victoria Otovweri Okaka who passed on the glory at age of 82.

The party which held at the home of the deceased had most people who control the social firmament in attendance. There was no dull moment throughout the very entertaining event as the music maestro, Mr. Magic made sure that he gave his best in adding flavour to the colourful event. 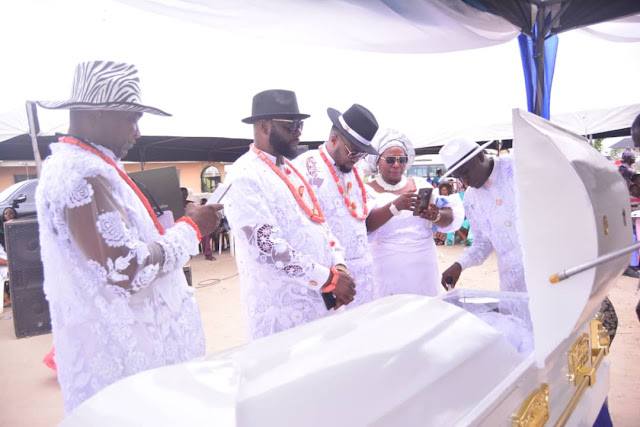 The corpse left mortuary at Agbarho for her compound at about 10am on Saturday, April 6, 2019, and was greeted with mourning crowd consisting of her members from the Jehovah’s Witness, who came en masse to pay their last respect.

The Burial discuss was also conducted by the leaders of the Jehovah’s Witness who shared emotional reflections of how mama Victoria Okaka lived a fulfilled life that is worth emulation for heaven-bound lifestyle. 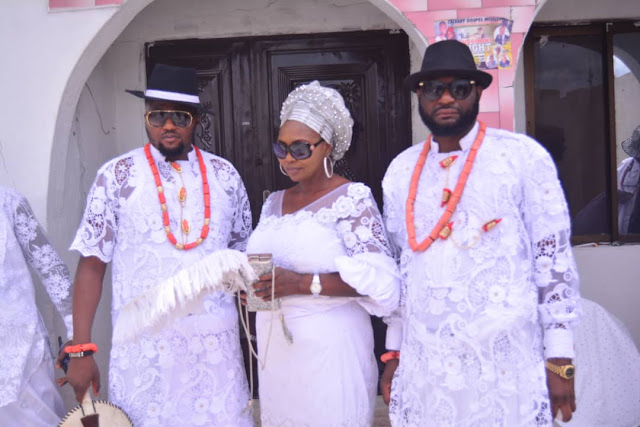 The burial ceremony which started with wake keep on Friday rolled into the main event on Saturday and was wrapped up with a reception on the same day to send the very religious woman into eternal glory.

Her final ceremonial progression through the streets of Agbarho raised treasurable memories of her life among family, friends and even close neighbours. The recollections bespeak the misery of a watching world that fell in love with the beautiful daughter, wife, mother, and grandmother. 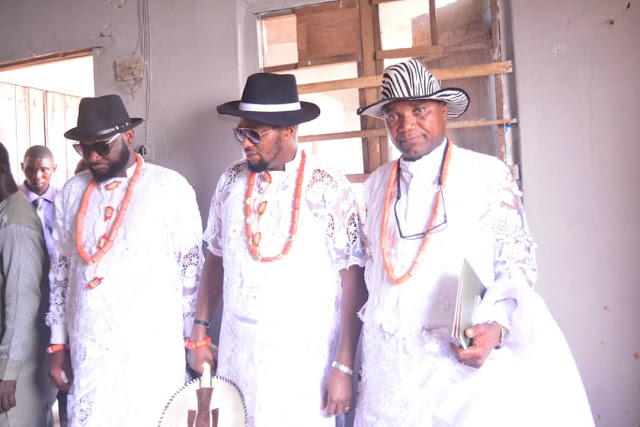 Hovering by her side as she was borne toward an enchanted future, Andrew and her siblings rued the final departure of their mother, struggling in their grief to deal with the humbling reality that their chaste mother had finally set out alone into eternity.

Madam Okaka cortege was joined along the way by the most important people in her life. They walked behind her coffin, and then so did representatives from each of the families and communities whose lives she had touched like no other human had. The deceased would definitely turn in her grave for the honour and unrivaled show of love that her beloved sons and her daughters attracted for her sake.

Speaking with some of the guests at the event, Agbarho top businessman who is simply called Don stated that no one who knew mama will ever forget her. He averred that many others who never met her, but felt they knew her, will remember her. 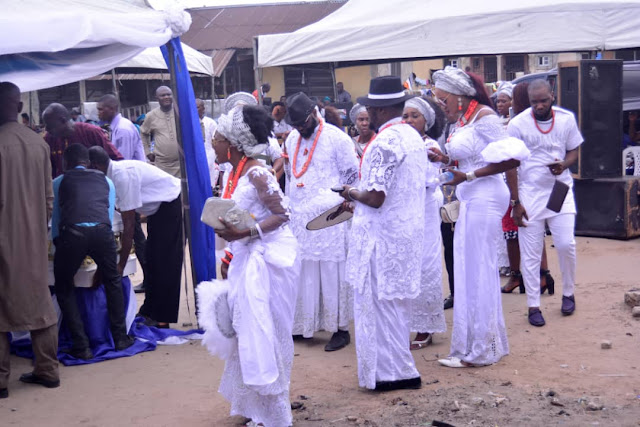 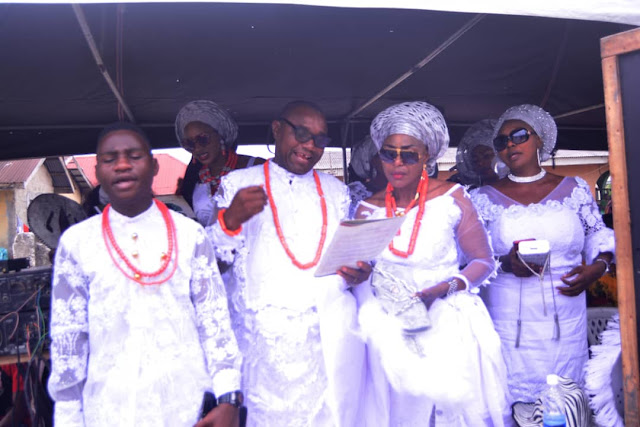 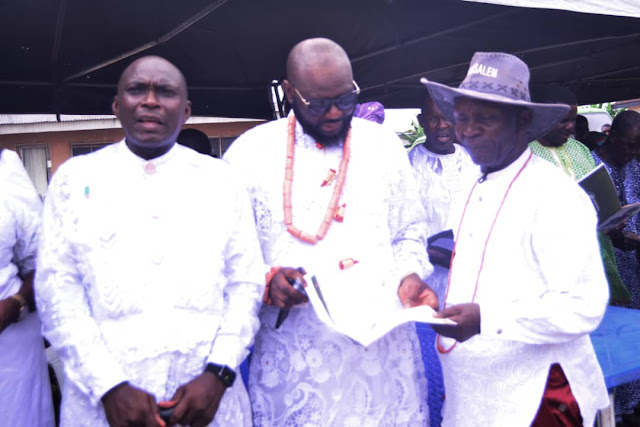 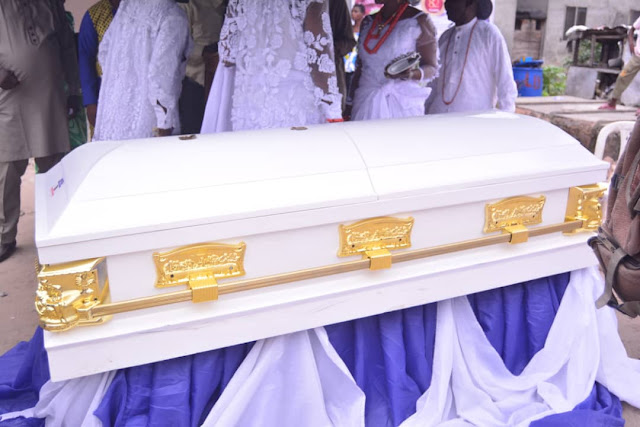 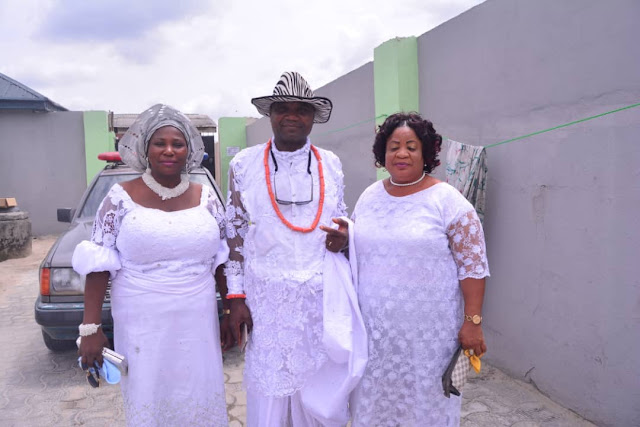 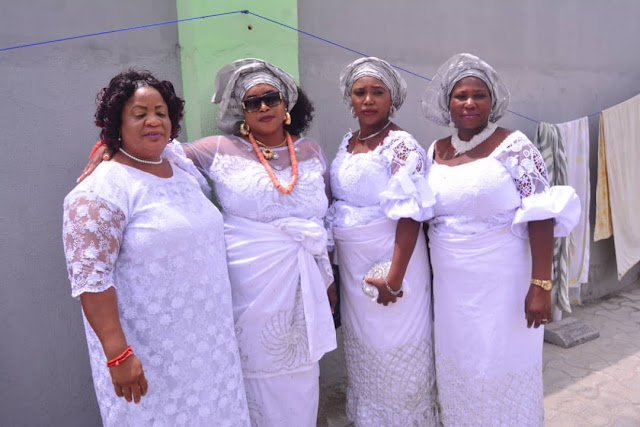 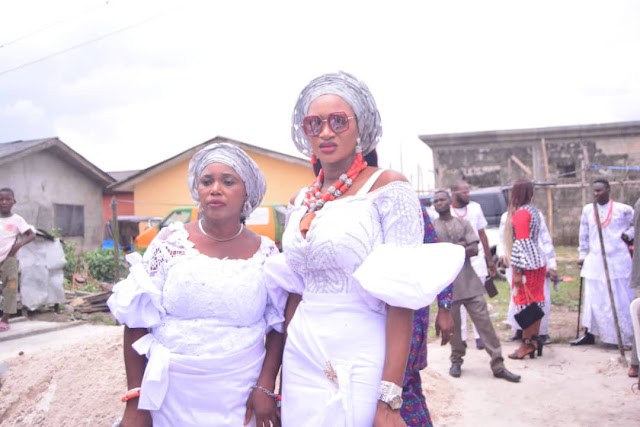 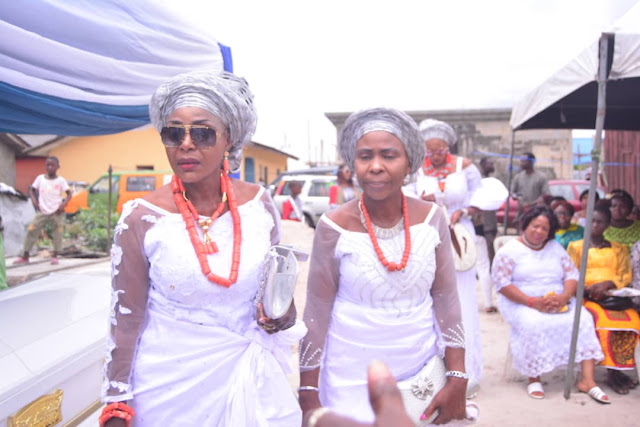 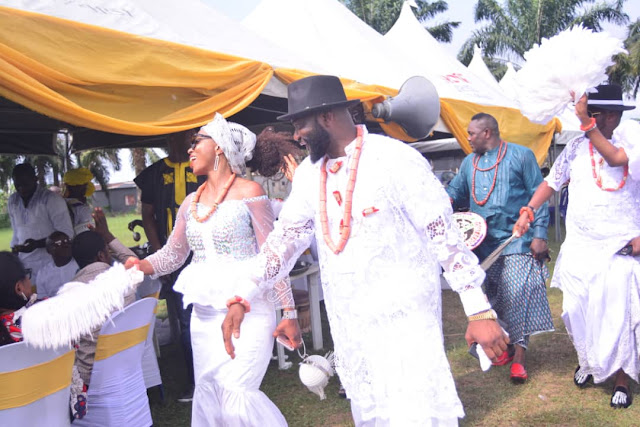 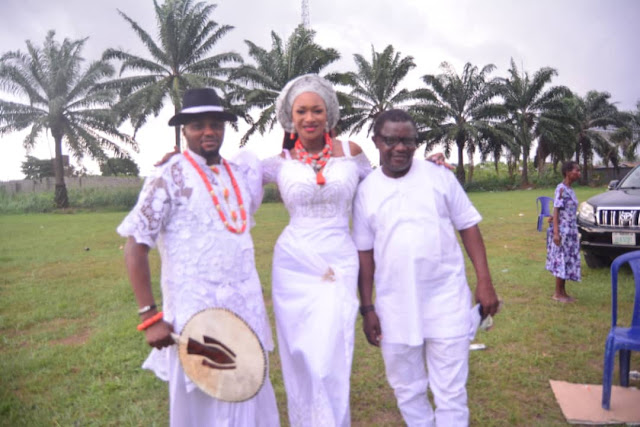 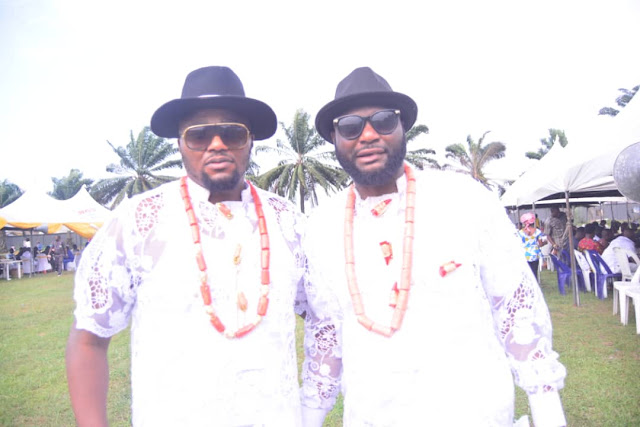 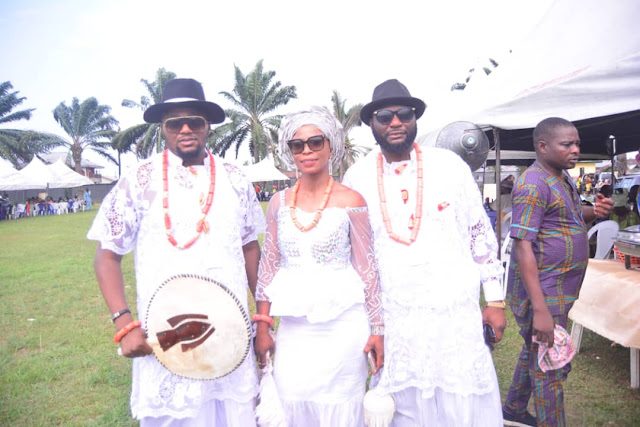