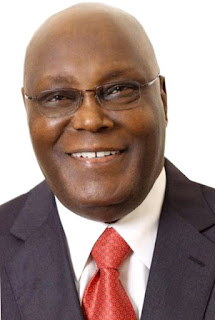 Alhaji Atiku Abubakar, presidential candidate of the Peoples Democratic Party on Wednesday in Kaduna reiterated his plan to privatise the Nigerian National Petroleum Corporation(NNPC), if elected president on Feb 23.

Abubakar spoke at a town hall meeting with ward, local government and state party leaders in the state at the Kaduna Trade Fair Complex.

He said that the NNPC had failed to serve the purpose for which it was established in 1977.

According to him, selling-off the Corporation and all the three refineries is the best option for the country, likening it to the sale of Nigerian Telecommunication Limited (NITEL).

Abubakar said Nigeria is among the biggest producers of crude, but lamented that the country still imports refined products for local consumption at exorbitant prices to the detriment of the common man.

He said, if elected President, he would deregulate the NNPC and sell it to Nigerians. the way Obasanjo sold NITEL.

However, he forgot to mention that the sale of NITEL was disastrously done.
on February 20, 2019