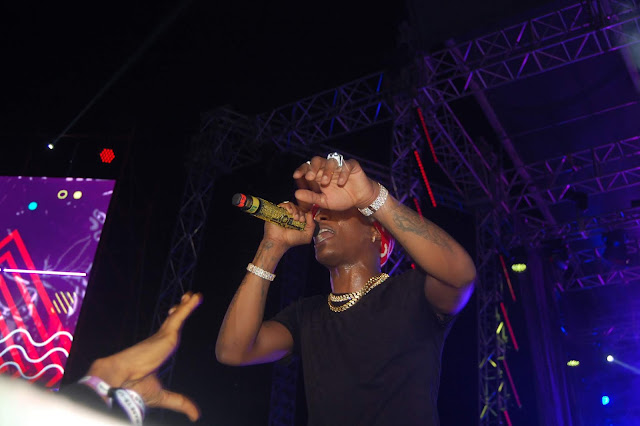 Hip-Hop Super Star, Wizkid, also known as Starboy had his concert on 23rd of December 2018 at the Eko Atlantic Center. So many people anticipated this event because of the noise which heralded the Wizkid Made In Lagos Concert, the name which he gave his new album. The publicity that was given this concert was one of a kind. Every slot on  Soundcity radio talked about the Wizkid concert back to back  and even other media houses also hyped it. It was said that Soundcity bought the TV right, they made no mistake buying it because publicity given the event was massive. 10 Days to the concert the regular tickets which was sold for 4k was already sold out. Wizkid made in Lagos concert was a wonderful experience. It was an event that you would feel bad if you missed.


Made in Lagos took off by 8pm but by 4pm so many people were already outside trying to get inside. The traffic in VI was nothing to write home about. At that same time there was a queue inside Eko Atlantic trying to get inside the main event bowl.  At 8pm when the event  started  there was no space for some people to go inside. The bouncers had to stop allowing people come in, of course at that time the tags had finished but regardless of this, people still  stood outside to watch the concert . Dj Shabsy gave fans, from old to new school, music to dance to before Hypeman Jimmy came on stage to get the event started.

Harrysongs was the first artiste to perform at the event. At the time he performed everywhere was already filled to the brim. He came on stage to perform his new and old songs, the fans were so happy to see him. His performance was a nice one. CDQ was the next to perform. Do you know that when CDQ performed one of the songs on his new album titled Vanessa the crowd was ecstatic as they sang word for word to the song. Kcee stole the concert with his entertaining performance on stages,  starting from his hit single and ended with his recent song in which he featured Wizkid. He sprayed his fans 200naira notes and also gave out over four bundles to different people in the crowd. Soundcity also gave money out by playing a game.

They brought out 5 person to mention the 5 MVP categories and the winner will go home with 10k. Guinness also played a game, asking people to say the highest money they use for giveaways and few other questions and the winners went home with 200 thousand naira which 2 people won and Vj Adamz decided to split the money into 2 for them. Pepsi played a game where 6 people came on stage and the best dancer went home with an iPhone-X and a school bag. Adeola Idowu won the iPhone but the school bag was given to the second runner up.

There was massive turn out at the concert. The star of the show couldn’t pack his car inside, he had to pack outside and ran inside with his bouncers to the artiste’s village. Maleek Berry was called on stage to perform and the crowd screamed like they were already expecting him. The joy on their faces when they heard his voice is one which can’t be described. Wizkid stormed the event with Skepta, Duncan Mighty Terri, Cezza Millz , BOJ , and KKB. Wizkid chilled at the artiste’s village for a while and the hypeman announced that Wizkid was in the  building. Fans screamed so loud like they wanted  to see Wizkid immediately.

The hype man told them to calm down that Wizzy is for them and only for them. Basketmouth came on stage and immediately Wizkid’s voice was heard from the back stage. Fans screamed, some guys at the regular  started to jump from where they stood close to the stage. The bouncers tried to push them back but these guys were guys who could do anything just to spend a day  with Wizkid. Don’t even talk about the ladies, they were going so crazy about Wizkid. Some guys tried to make their way to the stage to make snap videos with Wizkid, even the ladies were not left out.

A particular fan nearly went gaga because he was not allowed to move close to the stage by the bouncers. He eventually made his way but Wizkid was too busy entertaining his fans and did not notice this at all. He even tore the clothes on his body, Wizzy’s manager gave him a cloth and asked him to please go down and he rejected the clothe saying all he wants is Wizkid, nothing more, nothing less.

Barry Jhay, Cezza Moiiz, Staboy, Terri, Duncan Mighty, Mayorkun, Rekado Banks, Skepta, and KKB group came on stage to perform with him, one after the other.
Slimcase came on stage, bowed down on stage to greet Wizkid, then left. Wizzy performed the song “Gucii Snake” he sang with Wizkid and other hit collaborations.

The fans were so happy to see Skepta for the first time and they dragged his legs. Skepta came on stage with dollars to spray the fans, guess what? The fans struggled like their lives were going to end if they did not get that dollar. KKB group also came on stage with bundle of dollars to share to the crowd while they did this, the other fans at the regular struggled to come and get their own share because no one wanted to lose out of the blessings.

They struggled to get close to the stage, even the bouncers could not help the situation any more. The event went on successfully. The fans even pulled their shirts and Wizkid said he had never seen any concert  where people pulled off their shirts and wave them in the air. At some point they put off the lights on stage and Wizkid asked the crowd to put on their Phone Lights, he screamed and performed again after which he asked the fans to give a shout out to his boy Starboy  whom he recently signed onto Star boy Entertainment.

DJ Shubzy who was the official DJ was at his best on the night. Shubzy had everything in place and he  worked hand to hand with Wizkid. He did not let anything distract him on stage. Did we tell you that while the boys came on stage to vibe with Wizkid and even though the bouncers tried to take them away Wizkid still wanted to know why boys of their age would come for an event and at that time of the day. The boys said they could rap. Wizkid asked them to Rap and after the boys rapped he called his Manager to take them back stage.  What he did with them afterwards  is what we don’t know but hopefully we will know sooner. Cezza Millz one of the artistes Wizkid featured on

“SOCO” was bounced out of the artistes village because it was already crowded, Cezza  tried to fight back but people who knew who Cezza was calmed him down and asked the bouncers to let him in. Wizkid thrilled his fans with amazing performances  from his old hits to new hits back to back and made them feel special. Wizkid made in Lagos Concert is still the talk of the town. Concert was sold out his performances, his arrangement, his energy, made his fans love him more. Wizkid called it a day by giving shout-out to all his friends in the industry who came to support his friend Olamide who had a show same day but different venue and also said he was leaving his event for Eko Convention to support his Nigga. 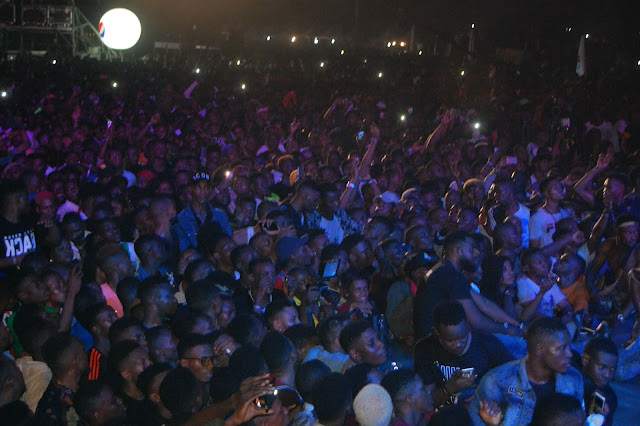 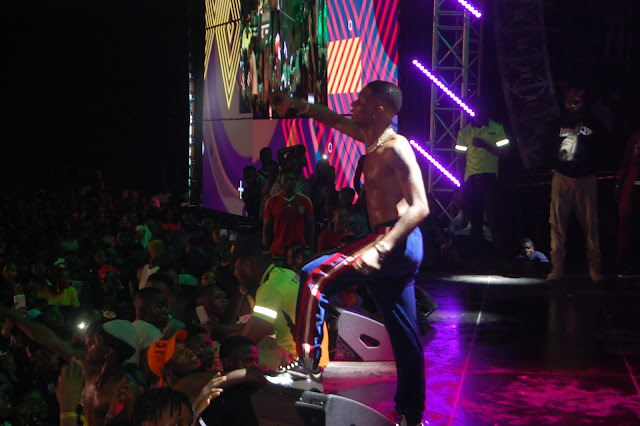