The Story Of The New OLOWU Of ODOLOWU, AIYEPE Ijebu 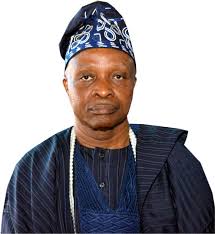 History was made, the day Omo Oba Alhaji Wasiu Ademola Sobowale was born 59 years ago in Lagos, to the family of Alhaji Chief Sulaimon Solanke Sobowale and Alhaja Chief Falilat Ayinke Sobowale (Nee Osiyemi), The Iya Sunna of Aiyepe Ijebu.

He had his elementary education at St. Paul’s School, Breadfruit Lagos (1964-1969). He attended
Hussey College Warri, then in the old Mid-Western region, now Delta State. In his quest for more knowledge, Omo Oba Alhaji Wasiu Ademola Sobowale, continue his pursuit at Technical Training in Electrical Insulation with Famuyiwa Electrical Works Company Limited in Akure Ondo State.
After the tutelage, he graduated in 1977 and joined S. S. Sobowale Stores Nigeria.


As a very pragmatic and insightful person, with business acumen, he used the acronym of his name Waisu Ademola Sobowale W.A.S. as a brand, which later became a household name ranging from consumable items, electrical, building material, motors, farm and others. He later came up with W.A.S. Motor company, Oke-Ado and W.A.S. Cash ‘N’ Carry Electronics Stores Oke-Bola both in Ibadan Oyo State in June 1982.

In the year 1985 May 21st W.A.S. Group of Companies became a Limited Liability Company; that year the company started the Production, Sales and Distribution of Ceiling Tiles. While all these were going on He was also the Sales Director of S. S. Sobowale Stores Nigeria (Soaps & Detergents, Baby’s Own Custard Powder, Stock Fish and Sunrise Soft Drink) etc. In 1987 he retired from s. s. Sobowale Stores Nigeria to take full control of W.A.S. Nigeria Ltd. which was then into Packaging of Sugar, Salt, Rice, Garri, Beans and Ground pepper.

W.A.S., as popularly known sojourn in Lagos for greener pastures, as an amiable and oriented
businessman, he had dreamt of “W.A.S. super Crown” that metamorphosised to a brand known as WAS pure & table water, within the cosmopolitan.

He is a business front liner in the water industry in 1992, W.A.S. water flourish and won laurels and Award for Excellence. He received an Award for his contribution from Federal Ministry of Industry at the 1998 Africa Industrialization “Industrial Award” presented by the former Honourable Minister of Industry, Chief Mrs. Onikepo Akande on zo” November, 1998 in Abuja. W.A.S. is also into real estate and importation of building materials.

Precisely, Omo Oba Alhaji Wasiu Ademola Sobowale is happily married with loving children and grandchildren. He had a motion that “By love and wish of God, you are now what I see, your faith is in the Almighty and you will be what you will be” Williams Wordsworth.

The town Odolowu was established by late Shogbesan who originated from Orile Owu Osun State in the old Western region dominated a place called Irapa Shogbesan which is now known as Aiyepe.
Late Shogbesan who was the owner of “Irapa Shogbesan Land, accommodated all other quarters
who were been disturbed by Egba War with an agreement that Shogbesan will allocate some land to these quarters up to an agreed boundary. While He [Shogbesan] will claim the ownership of the remaining land.

The accommodation given to these Obas result to formation of the town called “Aiyepe Town”
which metamorphosed by what was called “Oju Aiyepe”.