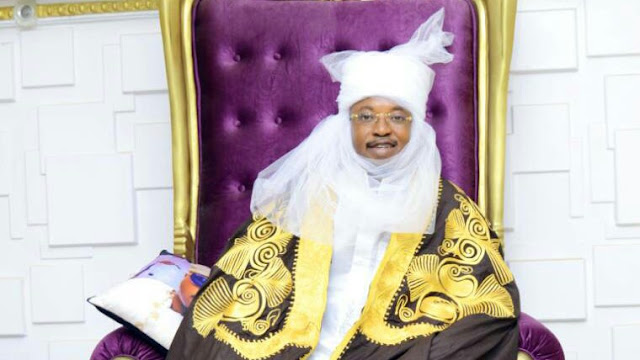 The Oluwo of Iwoland,  HIM Oba (Dr.)  Abdulrosheed Adewale Akanbi,  will not be available for the 2018 edition of Iwo Day.

The reason for his absence is not unconnected with trading of the community affairs with politics, noting that there is no justification for excluding governor's name from the invitation card.

A statement by the palace press secretary, Alli Ibraheem notes " Oluwo will not be available for the 2018 edition of Iwo Day scheduled to hold on Saturday  15th December,  2018. Iwo Day is an annual gathering and fundraising by sons,  daughters and invited guests. The annual event is politically and religiously neutral.


Oluwo condemned the politicking of community event as a deliberate affront on his office, whose invitation  card was prepared in his name.

"Omission of governor's name and his deputy were a deliberate affront on the ruling government.  I was not part of such.  As one of the major cities in Osun,  there is no justification for excluding Governor of the state from the invitation.


"The invitation card was prepared in my name but without my knowledge. There is no event of such magnitude  can be held without inviting the governor.  It is a norm. Even,  small towns include governor's name.  Whether the government will be represented or not,  the committee owe the obligation of honour them on our invitation card"


"As a traditional ruler,  we owe a duty of supporting the government irrespective of our political interest.  I'm in full support of Governor Isiaq  Oyetola's government.  Monarchs are for all political parties and for no political party.


"The invitation was prepared without Oluwo's knowledge. The committee should give sons and daughters of Iwoland neutral celebration.
on December 11, 2018