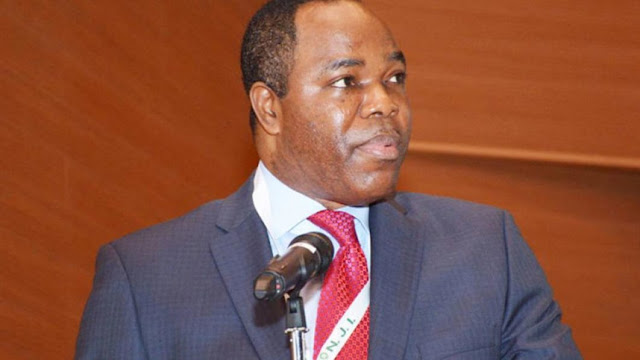 Only Invited For Questioning Over Alleged Fraud


Following recent reports published by a national daily, The Punch Newspapers that the anti-graft body, Economic and Financial Crimes Commission, EFCC, has detained a former Chairman of Skye Bank Plc., (now Polaris Bank,) Mr. Tunde Ayeni, for alleged fraud, it has been reliably discovered that Tunde Ayeni was only invited for questioning at the Abuja office of the commission hours ago.
Confirming the development, the acting spokesman for the EFCC, Mr. Tony Orilade, said Ayeni was only being grilled by detectives over some issues related to fraud and embezzlement allegedly committed by Ayeni when he was Chairman of the bank few years ago.

”I can confirm that he is in our custody on an invitation, for questioning and interrogation. More information will be released tomorrow,” he said. It would be recalled that the anti-graft agency had entered into an agreement with the Asset Management Corporation of Nigeria, AMCON, to check out some banks and its officials, who facilitated the huge non-performing loans in AMCON’s portfolio.