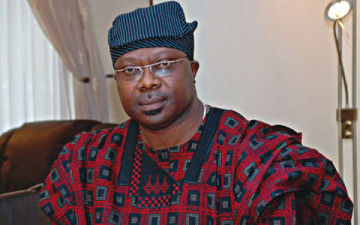 The past 12 years have witnessed an entrance of people stepping toward and forward in politics  and creating catalyst for community and human developments nationwide.

Some are targeting political office to make: fortunes, fame and to acquire enormous  power; while some are into politics to serve the society without any intention of personal gains.


One of such new breed politicians is Hon Rotimi Makinde who quit a very lucrative position at the prestigious NNPC, to face the uncertainty life of politics. He ventured into politics at a time when it was considered murky and very discouraging for men of honour especially when it's not about helping others for possible  appointment sake but for a straight movement to seek an elective position, and especially doing so as a candidate in an opposition political  party.


Hon Makinde contested the National Assembly election in Ife federal constituency as an opposition , the political base of Senator Iyiola Omisore and no doubt a stronghold of the the then ruling party . It will be an understatement for anyone to allude that Senator Christopher  Iyiola Omisore is not in control of the politics of Ife Land. His rising political profile has dated back as far as modern Nigeria politics. 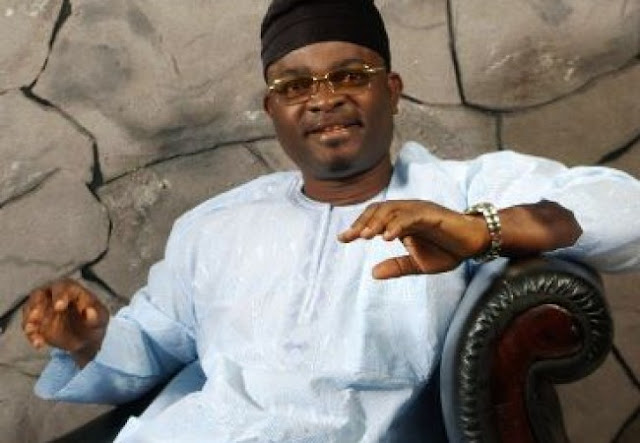 He was young and very dynamic with serious intention to serve as an instrument to bail his community from the gripping hands of those who see politics as hereditary, he was instrumental to many political movement in his early days in politics and blessed with  so much resources and commitment. Senator Omisore was one of the  major financier of the defunct Alliance for Democracy (AD). quoting Sen Akinfenwa, ‘his financial backing and that of others led to the birth of the then AD as a party, his support and commitment cannot be over emphasized’.

Omisore later  became the deputy governor of Osun State as a young man under the respected  Chief Bisi Akande who was the governor, they later parted ways due to some crisis that bothered much on Chrisore jauntily manner and  exuberance, and so they began to work under different umbrellas.

The controversial  death of the then attorney general further make it messier as Otunba Ajani Iyiola Omisore was later to be seriously engulfed in a controversial circumstances that swept him off the progressive tracks  although he was  later cleared by a court of competent jurisdiction on series of allegations . He was soon to come of age to became a senator of the federal republic of Nigeria and at a time headed one of of the senates powerful committee, Appropriation Committee.


Senator Omisore quest to return to the National assembly as a third time Senator was short lived, when the likes of fearless, young and equally dynamic  Rotimi Makinde came on board in a Tsunami movement led by a radical and very rich politician Rauf Aregbesola which also  swept the likes of the then Osun state governor, Prince Olagunsoye Oyinlola, Senator Omisore and many others, political event of that period pitched the young vibrant politician, Hon Rotimi Makinde against his kinsman Otunba Iyiola Omisore.


Politics is indeed funny, Ife people was genuinely eager to have their son at the helms of affair of the State, Makinde on the other hand must be seen to show his whims and demonstrate his loyalty to his party and by extension the man who launched him into politics.


The game of politics therefore put two brothers apart but the desires of the kingdom which can not be over emphasised  but to  clashed with an inexperienced Makinde. It almost  rendered the promising  young  man to relegation at intervals in his community, for it became an herculean task to be faced with patriotism, ones kinsmen or party loyalty, Makinde chosed his mentor over the community status quo.

The political battle of Ife Land can be compared to David and Goliath, as Sen Omisore was too much for the little and inexperienced Rotimi Makinde, who later in 2015 election was defeated in an election which was polled to be easy a win for Makinde. He lost to an underdog and a less rated man Hon Albert Adeogun, who was in his early 70’s then. He was checkmated in what look like a pay back for been too vocal and blindly loyal to his mentor Ogbeni Rauf Aregbesola, for he openly criticized and worked against Sen Omisore gubernatorial ambition and his kingdom in favor of his mentor, Gov Rauf Aregbesola in the 2014 governorship election.


The good news however is that a prominent ambassador of peace, who doubles as a philanthropist, Prophetess Mary Olubori based in United Kingdom has successful brokered peace between these two illustrious sons of Ile Ife. This was later instrumental and made the difference and easier for APC to have easy ride and won the rerun election to win the state governorship election  back to back as a result of foretold alliance. Prophetess Mary Olubori is the shepherd at Havillah mountain in Ibadan, Oyo State. She is based in the United Kingdom and a close confidant of Oba Adeyeye Enitan Ogunwusi, the Ooni of Ife.

Now that the rift and the silence malice is over, one can not but to expect this combination of the two political  gladiators to produce rapid transformation for the Kingdom of Ife and the state of Osun under the new governor  Alh Gboyega Oyetola. The alliance between APCband SDP if well handle is certainly the needed tonic to reposition Ife  Kingdom, it’s environ and indeed Osun State to  be better for it ......
on November 08, 2018